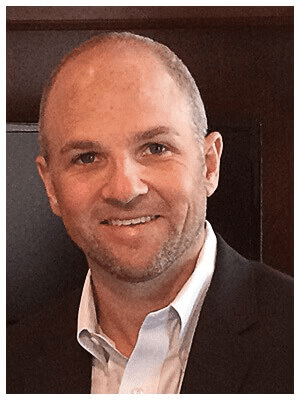 Brandon McWherter has dedicated his practice to assisting insurance policyholders with their claims against insurance companies, including claims for bad faith. He is licensed in Tennessee, Arkansas, and Mississippi.

For more than a decade, McWherter's practice has been focused almost exclusively on the prosecution of first party property insurance claims for policyholders. His interest in this area of the law first started around 2003 when a tornado struck Jackson, Tennessee, where he was living and working at the time. Since then, McWherter has represented hundreds of policyholders whose claims have been underpaid or denied. He advises and advocates for owners of commercial properties, industrial facilities, residential properties, churches, business owners, and other insurance policyholders.

Since 2013, McWherter has assisted his clients in obtaining well in excess of $100,000,000 (One Hundred Million) in settlements, awards, and jury verdicts against insurance companies.

In 2018, McWherter was inducted as a fellow in the American College of Coverage Counsel, which is an invitation-only organization designed to facilitate and encourage the association of lawyers who are distinguished for their skill, experience, and high standards of professional and ethical conduct in the practice or teaching of insurance coverage and extra-contractual law and who are dedicated to excellence in this area of practice.

McWherter has been featured as a "Super Lawyer" or "Rising Star" by Super Lawyers every year since 2010. Since 2013, he has been selected each year for inclusion in U.S. News and World Report's The Best Lawyers in America© in the field of Insurance Law. He has earned an AV Preeminent ranking by Martindale-Hubbell for legal ability and ethical standards.

In advocating for clients, McWherter has trudged through fire scenes and crawled roofs, quizzed consulting construction experts for hours on end, and deposed and cross-examined hundreds of adjusters, experts, consultants, and other professionals within the insurance industry. He reads insurance policies nearly every day and has a working knowledge of the customs and practices of insurance companies in investigation, estimating, and payment of claims. McWherter counsels clients on presentation of claims, assists in compiling the evidence necessary to validate the amounts owed, and then enforces his clients' rights, if necessary, via the judicial system and other alternative dispute resolution options, such as appraisal.

Several of McWherter's cases have developed the law governing insurance disputes in the State of Tennessee, most recently including the Tennessee Supreme Court's decision in Lammert et al. v. Auto-Owners Ins. Co., which held that insurers may not depreciate the costs of labor in determining their actual cash value payment obligations when the policy does not clearly allow it.

When not working, you will usually find Mr. McWherter with his wife, Angela, and his two daughters. He is an avid golfer and a lifelong bass fisherman, neither of which he does as often as he would like.