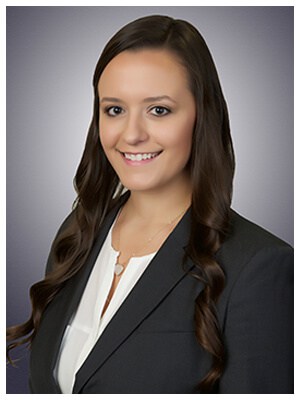 Emily Alcorn is an employee rights lawyer and civil litigator. She joined the firm as an associate in December of 2014, and represents victims of employment discrimination, workplace harassment, and wage and hour violations.

Emily is a native of Middle Tennessee. She earned her bachelor’s degree from Western Kentucky University, where she was a member of the Honors College.

She received her Juris Doctor from Belmont University College of Law. During law school, she was a member of the Law Review, on the Dean’s List, and graduated near the top of her class. Emily was also recognized as the only student in her graduating class with perfect attendance throughout law school.

In her personal time, Emily enjoys farm to table cooking, the musical theatre, and spending time with her husband, James.