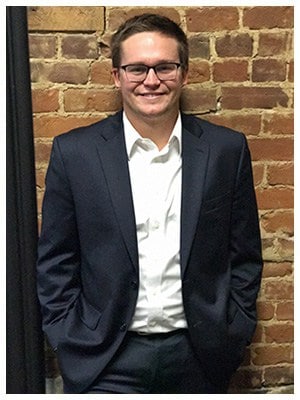 Trey Buckley is an insurance lawyer in the Firm’s Franklin Office. He practices primarily in the Firm’s thriving insurance litigation practice, where he represents clients who have disputes with their insurance carriers.

When asked where he is from, Trey responds from the great state of Tennessee. He has family in West Tennessee and lived there for over a decade; he has lived and studied in East Tennessee for seven years, and now resides in Middle Tennessee, where he works in Franklin and lives in Nashville. He knows I-40 well. In his spare time, which doesn’t include time he spends rooting for the VOLS, Trey likes to play sports and spend time with friends. Trey is a driven attorney who spends a substantial part of his life helping the firm’s clients, whatever those problems might be.