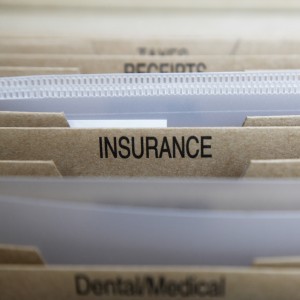 In the simplest of terms, we carry insurance in case of emergencies: fire, wind, hail, flood, illness, etc. When an emergency occurs, policyholders make a claim to their insurance companies to recoup their losses: the burned house, the lost income, the cost of new carpets and drywall, etc. The insurer assesses the damage and then decides, based on its own assessment, how much money you are entitled to receive. Ideally, the assessment and compensation are given in good faith, meaning the insurer has offered the policyholder an offer that is fair under the terms of the contract.

When it is not, however – when an insurer purposely delays paying a claim, or offers an amount that appears considerably lower than the actual amount you are entitled to under the policy you hold – then the insurer may be acting in bad faith. If so, you have the right to take action against your insurer, and to seek certain remedies for those bad faith actions.

What the law says

Every state has a different way of handling bad faith claims. In Tennessee, for example, insurance companies “shall be liable to pay the holder of the policy… in addition to the loss and interest on the bond, a sum not exceeding twenty-five percent (25%) on the liability for the loss” provided:

A policyholder may also be entitled to additional remedies, such as punitive damages, depending on the details of the specific case.

When an insurer does not act in good faith, a policyholder should seek legal counsel to hold the insurer accountable under the law. However, there is a big difference between a bad faith action and a genuine disagreement. To use a simple example: let us say you sustain damage to your roof in a storm. The roofer you consult with gives you an estimate of $10,000. Your insurance company’s roofer assess the damage at $6,000. While $4,000 is a considerable sum of money to the average homeowner, the insurer is not necessarily acting in bad faith simply because your estimates differ.

If you suspect your insurance company is playing it fast and loose with the terms of your contract, or is purposely delaying payment, the smart move is to speak with an experienced Tennessee insurance disputes attorney. McWherter Scott & Bobbitt has protected the rights of policyholders in and around Tennessee since 1998. Please contact Brandon McWherter, Clint Scott or Jonathan Bobbitt to reserve a consultation at one of McWherter Scott & Bobbitt’s offices in Nashville, Chattanooga, Memphis, and Jackson.