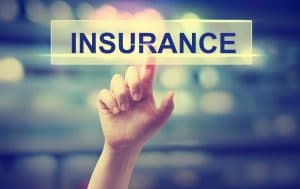 Some of these decisions could affect policy change and set new precedents, and therefore are important cases to watch.

Florida federal courts are deciding some interesting questions about cybersecurity issues in this case regarding commercial liability policies. An IT provider, Rosen Millennium, Inc. is seeking a decision about coverage from its insurance company, St. Paul Fire and Marine Insurance Co., after it filed a claim for $1.4 million after a data breach of customer credit card information from its sister company Rosen Hotel and Resorts.

The IT company argues that criminal defense coverage is available in its personal injury and property damage sections. However, St. Paul counter-argues that the hotel should have purchased specialty cyber insurance if it needed coverage for data breach losses, as their policies lack explicit exclusions for data breach incidents. The suit is St. Paul Fire & Marine Insurance Co. v. Rosen Millennium Inc. et al., case number 6:17-cv-00540, in the U.S. District Court for the Middle District of Florida.

Another case hinging on computer fraud, this case will interpret crime policies computer fraud provisions. InComm Holdings Inc. is in a dispute with Great American Insurance Co. (GAIC) over fraudulent use of InComm’s debit cards. These debit cards allowed retailers to load funds onto the cards, and cardholders could redeem the funds by calling InComm, who would transfer the funds to the customer’s bank. A coding error allowed cardholders to use the cards more than once, constituting fraud and causing over $11 million in false charges.

InComm’s crime policy with GAIC included a computer fraud provision, but GAIC refused to honor it, claiming that the fraud didn’t happen through a computer, but rather via phone. InComm argues that the phone call to activate the card connects to a computer. This case brings up the question of, “When is a criminal knowingly using a computer to commit a crime?” The case is Interactive Communications International Inc. et al. v. Great American Insurance Co., case number 17-11712, in the U.S. Court of Appeals for the Eleventh Circuit.

Finally, in this case, we will be watching for the long-awaited decision about whether Honeywell must cover costs for asbestos-related injuries after its insurers began excluding asbestos coverage. Our firm does not handle products liability claims, but we do work with commercial properties – and many of our cases hinge on policy exclusions.

Insurance carriers St. Paul Fire and Marine Insurance Co. and parent Travelers Casualty are attempting to get New Jersey courts to overturn a July 2016 decision that stated Honeywell didn’t have to pay for a pile of product liability lawsuits after exclusions for asbestos claims became standard in liability policies in 1987.

This ruling could have enormous consequences, as settlements and costs for asbestos lawsuits can run into the tens of millions of dollars. The case is Continental Insurance Co. et al. v. Honeywell International Inc. et al., case number 078152, in the Supreme Court of the State of New Jersey.

The Tennessee insurance dispute attorneys at McWherter Scott & Bobbitt are at the forefront of insurance issues and rulings across the nation. Our years of experience give us the knowledge to answer all of your questions and concerns about your insurance policy and claims. To review your case with a knowledgeable Tennessee lawyer like Jonathan Bobbitt, Brandon McWherter or Clint Scott, call us today at 731-664-1340, or to fill out our contact form. We help residents of Nashville, Chattanooga, Memphis, and Jackson.