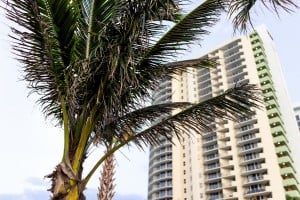 MS Amlin insurance company sued the policyholders of a Florida hotel, stating that Hurricane Irma did not cause the more than $1 million in damages claimed. Instead, they argued that the majority of the building’s issues already existed before the September 2017 storm, and were mostly the result of shoddy construction work.

The insurance company, MS Amlin Corporate Member Ltd., sued policyholders SoHo Realty LLC and Yahav Enterprises LLC in federal court in Florida on October 18, claiming the following: that MS Amblin does not have to cover the damage, that its appraisal is correct, and that the property owners’ appraisal is not impartial.

In a letter to the insureds, MS Amlin’s attorney wrote, “Underwriters’ investigation has concluded that the vast majority of the observed damage at the property showed no signs of being caused by Hurricane Irma and in fact predated the storm.”

The property is part of the Alexander Hotel in Miami Beach and includes a two-story ballroom, restaurant space, kitchen, gym, office, and outdoor tiki bar. It’s also in the midst of a $40 million restoration project, according to MS Amlin.

Hurricane Irma hit the Miami area around September 10, 2017, and the insureds filed an insurance claim a little over a week later. Their adjuster, Hernan C. Dominguez Jr., first estimated the damage at approximately $978,000 but later revised that amount to slightly over $1.1 million.

Dominguez reported that all of the damage to the property was a result of wind and rain from Irma. MS Amlin’s appraiser, however, reported that only about $58,000 of damages were a result of the hurricane. Further, according to the policy, coverage is limited to $2.8 million for improvements, $1 million for business income and $300,000 for the tiki bar. Each of those numbers comes with a five percent deductible for windstorms.

Using MS Amlin’s number of $58,000, the repair costs don’t exceed the deductibles, so the insurer claims they’re not required to pay out anything to the defendants. The insurer’s appraiser reports that the other damage appears to have been caused by leaks in walls, ceilings, pipes and air conditioning units, as well as mold and mildew, which is not covered by the current policy.

SoHo and Yahav are challenging MS Amlin’s appraisal, but the insurance company wants an impartial appraiser. The property owners’ choice, Dominguez, was hired on the contingency that his fee be linked to the amount of money recovered. “It is clear that Mr. Dominguez’s personal financial interests would be tied to the insureds’ in any appraisal,” MS Amlin claimed.

This is set to be an interesting case and gives some good insight to the world of appraisals and commercial claims. It also reminds us why it is so important to understand your policy contract before you sign it, so that you do not lose out if you ever need to make a claim.

McWherter Scott & Bobbitt is highly experienced and respected in insurance disputes. Our Tennessee attorneys work to protect you when your insurer fails to pay out a claim or continually delays your payment. Brandon McWherter, Clint Scott, and Jonathan Bobbitt provide skilled, professional representation. Call us today at 731-664-1340, or fill out our contact form. We maintain offices in Nashville, Chattanooga, Memphis, Jackson and Knoxville.