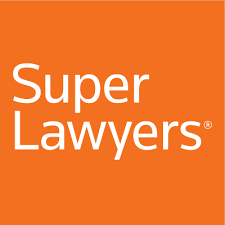 McWherter Scott & Bobbitt is proud to announce that all three named partners were selected for inclusion in the 2022 MidSouth Super Lawyers list! Brandon McWherter, Clint Scott, and Jonathan Bobbitt were recognized for their work in Insurance Coverage. All three attorneys represent policyholders, not insurance companies.

Each year, Super Lawyers recognizes the work of outstanding attorneys in various practice areas throughout the country. Only 5% of all practicing attorneys are eligible for inclusion. Attorneys under the age of 40, or who have been in practice less than 10 years, may be named to Rising Stars. Unlike with other ratings services, you cannot pay to be included on the list, and selection is not guaranteed from year to year.

About our award-winning attorneys

Clint Scott, Partner. Clint has been named to MidSouth Super Lawyers every year since 2017; between 2011 and 2016, he was named to Rising Stars. He has been recognized by Best Lawyers in America since 2016 and was named a Lawyer of the Year in Insurance Law in 2021. Clint is rated AV Preeminent by Martindale-Hubbell.

All of us at McWherter Scott & Bobbitt are proud of Brandon, Clint, and Jonathan for, once again, being included in the annual Super Lawyers list for their work in Insurance Law. We hope you will join us in celebrating their latest achievements.